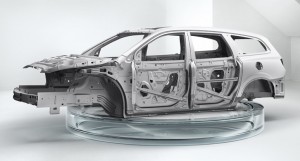 A steel safety cage protects occupants of the 2011 Buick Enclave for sale in Columbia, South Carolina.

Jim Hudson Buick is thrilled to announce to Columbia, South Carolina drivers that the Buick Enclave has received a five-star crash test rating from the federal government’s National Highway Traffic Safety Administration, adding to its safety resumé that began with its selection as a Top Safety Pick by the Insurance Institute for Highway Safety.

NHTSA’s new testing regime was used to test the Enclave, a system that was implemented this fall for the 2011 model year. The new system is based on rollover resistance testing as well as more rigorous frontal and side crash tests. Under the new ratings procedure, these three test conditions are combined mathematically into an “Overall Vehicle Score.” Under this new system, the Enclave achieved an overall vehicle score of five stars – the highest rating possible – though some individual tests resulted in four-star ratings.

Enclave is equipped with six air bags as standard equipment: two dual-stage frontal air bags, two seat-mounted side-impact air bags in the first row and two roof rail-mounted head curtain side air bags that run from the front seat all the way back into the third row of seats. Complementing the air bags is GM’s rollover sensing system, which is designed to activate the head curtain side air bags if sensors determine that a rollover is imminent. Additionally, first-row positions feature safety belt pretensioners with load limiters, which activate at the moment of a crash to take up slack in the safety belt and adjust the load placed on the safety belts to the severity of the crash.

“Enclave excels in providing leading-edge safety performance,” said Jim Chandra, Enclave marketing manager. “This is what Enclave customers demand as they tend to be early adopters of new safety features.”

The Panic Brake Assist system activates when an emergency braking maneuver is detected. The system automatically develops additional brake pressure to more quickly engage ABS, which can help reduce overall stopping distance by eliminating delays that can occur if a driver does not brake hard enough and/or soon enough.

All Buicks, including the 2011 Enclave, are equipped with segment-exclusive OnStar which features the Automatic Crash Response System. If a crash activates an air bag, the system automatically notifies an OnStar advisor who will call back to the vehicle immediately and notify local emergency services of its position and other information that may be available.

This entry was posted in Buick Enclave Safety. Bookmark the permalink.